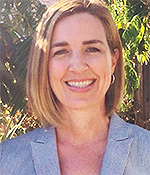 Natasha received a B.A. in Gender Studies from Sonoma State University and an M.A. in Public Policy from Claremont Graduate University, after which she moved to Sacramento to work for lobbying associations. Following a move to Fresno, Natasha worked in the Fresno County Administrative Office and the Department of Behavioral Health before eventually embarking on a career change and becoming a lecturer at Fresno State in the Sociology Department and Women's Studies program. Natasha began her Ph.D. in Sociology at UC Merced in the Fall of 2016. Natasha was the recipient of the Graduate Dean's Recruitment Fellowship Award, which she was able to utilize for her first year of study.