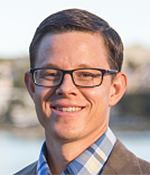 My research investigates the role of organizations in the interplay between economic elites and disadvantaged social groups. What forms of organization strengthen elite efforts to consolidate power in politics and the economy? What are effective organizational strategies by which non-elites can achieve more equitable distributions of power, wealth, and status?

Financialization, the growing importance of financial markets, financial organizations, and financial ideas, has elevated U.S. financial elites to the pinnacle of power in recent decades. At the same time, the transition to a post-industrial economy has made a college degree an increasingly necessary prerequisite for Americans to attain economic success and security. My primary current research project therefore investigates relationships between financialization and growing inequalities in U.S. higher education. This research been covered in The New York Times, The Washington Post, TIME, Newsweek, Forbes, The Nation,  The Chronicle of Higher Education, and Inside Higher Ed.

My project has employed the latest techniques in data carpentry to digitize, link, and construct original data for measuring college-level financialization and potential consequences for student access and success. I have also gathered qualitative data from congressional hearing transcripts and interviews with college officials, financial investors, and student advocates. I am using this wealth of data for both quantitative and comparative historical analyses of multiple process by which financialization has contributed to widening higher education inequality, including: