Skip to content Skip to navigation
See our Campus Ready site for most up to date information about the fall semester.Campus ReadyCOVID Help
Sociology

For months, as the coronavirus has found its way into more communities across the nation, experts have sounded the alarm: The pandemic will not hurt everyone equally.

In California, that’s meant predominantly Latino communities far away from the coasts — where lower-wage, often immigrant workers have never stopped showing up for their essential jobs and heading home to crowded apartments — have been pummeled.

Experts and advocates say this isn’t new, however, and Mr. Newsom’s announcement of a targeted effort in the Central Valley doesn’t go far enough to force employers to keep workers safe.

“The issue is not just that employers should follow certain guidelines, but that often times they fail to abide by minimum standards,” said Ana Padilla, in an emailed response to Mr. Newsom’s announcement.

Ms. Padilla is the executive director of the University of California, Merced, Community and Labor Center, which recently released an analysis that showed a strong connection between counties with high concentrations of low-wage work and the prevalence of Covid-19.

She said the state must do more to enforce guidelines and laws — not just educate.

The lead author of that analysis, Edward Flores, said in an email that the $52 million was coming from a $499 million federal grant for the entire state; that portion roughly lines up with the proportion of the state’s population that lives in the Central Valley.

Still, Mr. Flores said it was not too late for the state to enact stricter policies and more rigorously enforce existing rules in the Central Valley’s big workplaces, in particular meatpacking and food processing plants. 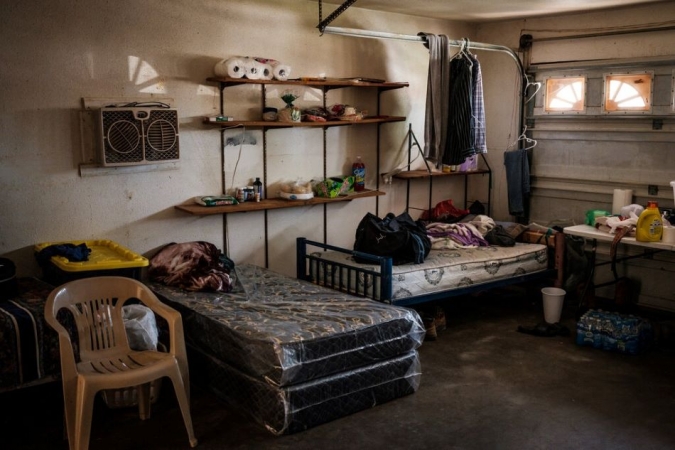 A garage was converted to house five farmworkers in Mendota. While their work is outside and dispersed, farmworkers often live in cramped quarters that could foster the spread of the coronavirus. Credit...Max Whittaker for The New York Times