Skip to content Skip to navigation
See our Campus Ready site for most up to date information about the fall semester.Campus ReadyCOVID Help
Sociology 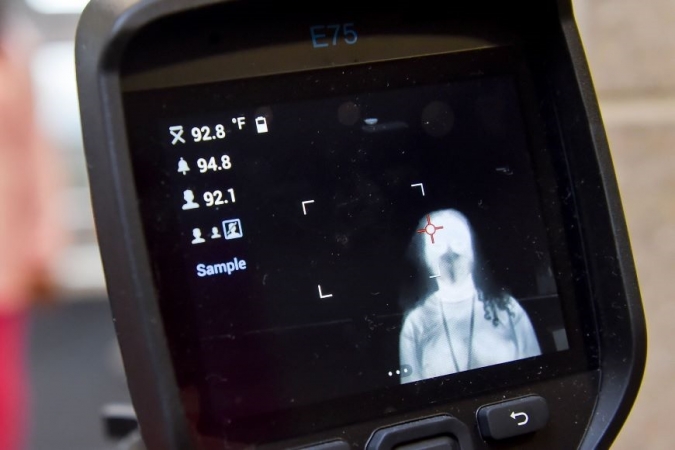 A year ago, facial recognition was rare in schools. In October 2019, WIRED identified eight public districts that were part of an early vanguard using the technology, on the premise that the technology could help combat gun violence and keep out unwanted intruders. The purchases were typically upgrades to camera systems that monitored doors and hallways, tapping local and federal funds for school building improvements.

At times, the technology sparked fierce local debates, mirroring a national discussion about the potential dangers of increased surveillance. Concerns that facial recognition algorithms are less accurate in identifying the faces of people of color, and could magnify existing biases in surveillance and policing, have led cities like San Francisco and Boston to ban government use of the technology. In September, Portland, Oregon, passed a wider ban that encompasses private business.

Facial recognition does not have an obvious role in checking temperatures. Cheap, handheld temperature devices could get the job done. But school officials say the benefit is primarily a matter of efficiency. A tablet that automatically recognizes a face, takes a temperature, and can even open or close the door based on the results helps speed up the morning routine of getting hundreds of students into school buildings safely.

Meredith Van Natta, a medical sociologist at the UC Merced, says she understands why schools are tempted by devices that combine thermal technology and facial recognition. Districts have been told they need temperature checks and that they also need to keep track of people to potentially trace the contacts of people infected with Covid-19. But in the chaos of preparing schools for reopening, officials aren’t necessarily thinking about whether these tools are the right ones for the job. “There are better ways to gauge the health of students, and there are better ways to trace students than using photo records,” she says. “People are grasping at straws.”

Whether or not schools initially use the facial recognition features, Van Natta says there are risks in rushing through these kinds of purchases during a crisis. In Rio Rancho, board members Googled articles about bias and facial recognition while the group debated whether to make a purchase. Typically, that would be a time to ask critical questions about how the devices will store students’ personal data or how to handle bias against students or how to properly investigate the accuracy of the system. Nor was there much time for the public to weigh in on the ethics of increased surveillance. “This isn’t a moment where we’re thinking about civil liberties as much as we should,” Van Natta says, comparing the growth of surveillance software during the Covid-19 pandemic to the rise of “security theater” after 9/11.

Read more of the Wired article by Gregory Barber here.