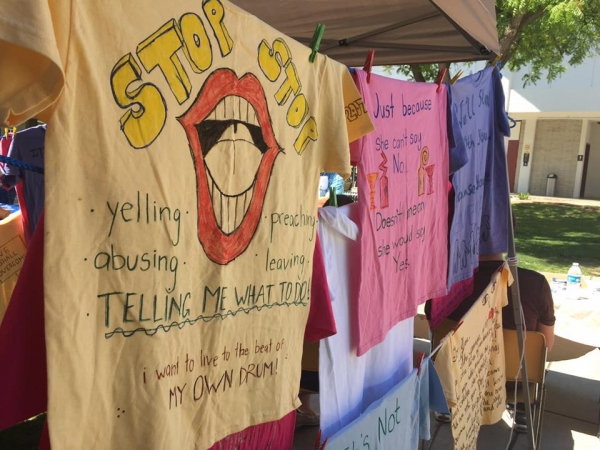 The study uses experimental methods to explore how forms of messaging and the emotions they inspire help make people interested in taking action to end sexual assault and domestic violence. Study participants were randomly assigned to view either 1) an information sheet with data on sexual assault and domestic violence, or 2) t-shirts from the Clothesline Project, where survivors and their family members and friends share their reactions to and experiences with sexual violence and abuse on a t-shirt that is displayed on a clothesline for people passing by to view. The researchers found that both forms of messaging were effective at increasing people’s interest in taking action.  Those who reacted with disgust were more likely to have an increased potential for protest, while those who experienced sadness showed an increased interest in participating in an educational event.  The research makes an important contribution to our understanding of the role of messaging and emotions in generating interest in taking action around social issues.