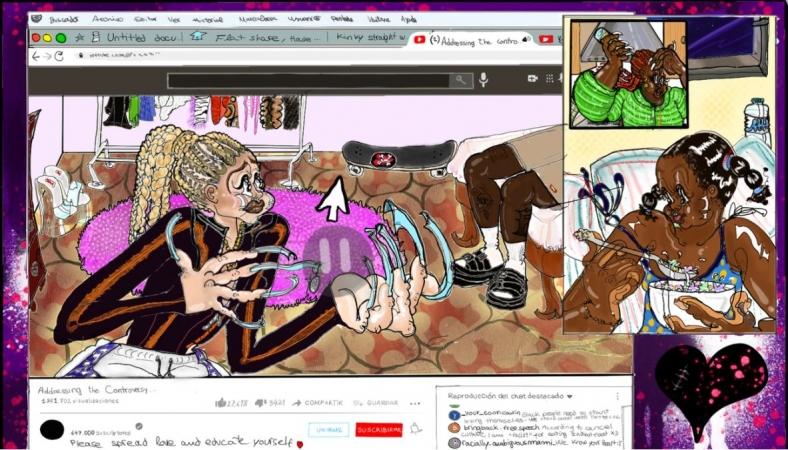 For generations, people of color have had to pass for survival. Now white people are wearing the experiences of racialized people like a costume-- and getting called out for it.

"Passing... was about survival. And in doing so, there were so many risks involved. You couldn't talk to your family members, you had to create a new life story," said Whitney Pirtle, an Assistant Professor of Sociology at University of California, Merced.

It's a familiar story, one that's been told fictionally too. Brit Bennett's highly acclaimed novel The Vanishing Half, published last spring, tells the story of twin sisters whose lives go from being deeply intertwined to painfully estranged when one decides to live as a white woman.

"It was extrememly dangerous, though. If you were caught, your whole livelihood or potentially your life would be taken away."

In passing, Black people were accessing resourses that white people already had-- and that were reserved for them alone. But when white folks pose as people of color, oftentimes to access opportunities, they are essentially double dipping.

"To sort claim space in that restricted, closed space is just another way to obtain more white advantage," Pirtle said.

While it's unclear how long the phenomenon has been taking place, there are examples of it in the U.S., Canada, and the UK dating back as far as the early 1900s. Social media has played a role in drawing attention to these imposters, with Dolezal being the most famous example.

Pirtle says research shows there's been a rise in the number of white students who leave the race box unchecked when applying for college, and perhaps because some of them believe identifying as white could be disadvantageous.

Read more on how White People Keep Posing As People of Color for Clout.