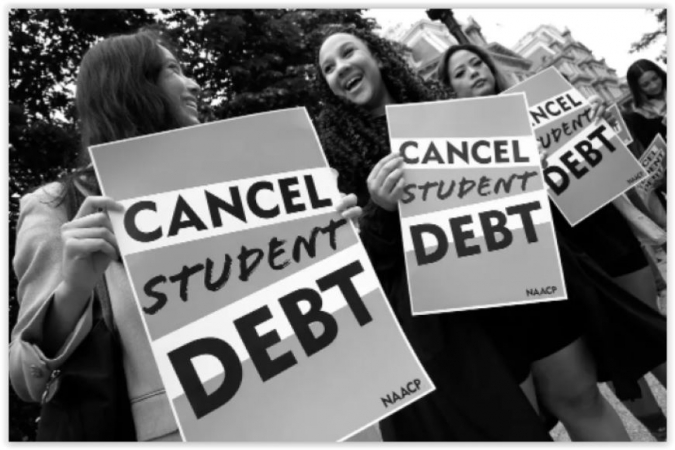 Paul Morigi/Getty Images for We, the 45 Million

"At least 43 million Americans have student loan debt, ranging from hundreds to hundreds of thousands of dollars. Until now, there’s been no hope of a bailout.

Just as some argued that the subprime mortgage crisis was a matter of millions of people choosing to borrow too much, others have said that the student debt crisis is primarily the fault of the debtors. This myth hides that it was a harmful policy decision to encourage disadvantaged students to borrow for college in the first place. In 2008, the federal government was willing to bail out banks after their risky lending practices devastated the economy. We need a similar such bailout today. But unlike in 2008, this bailout would go to the victims of a crisis, not its perpetrators."

Read the rest of the New York Times op-ed here, or via pdf here.