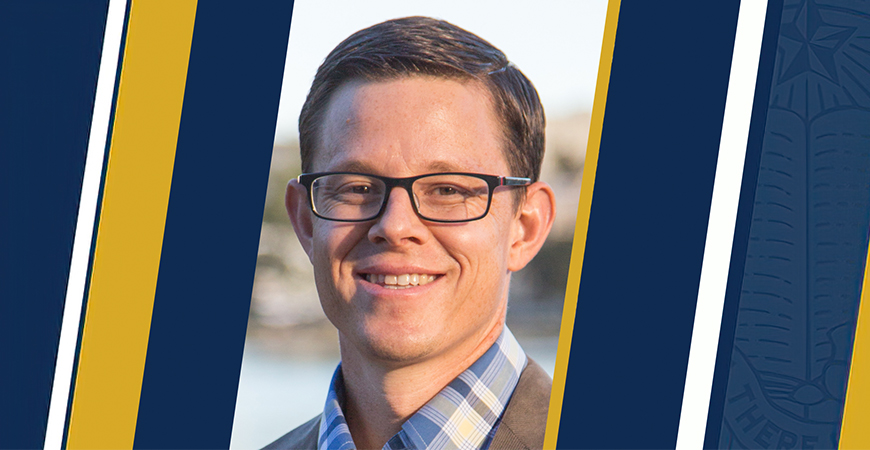 Sociology Professor Charlie Eaton said his goal in appearing on the "Dr. Phil" show was to convey that canceling student debt is about "fairness."

Sociology Professor Charlie Eaton was a recent guest on the "Dr. Phil" talk show, where he discussed President Joe Biden's plan to cancel billions of dollars in federal student loans. Ultimately, Eaton believes it will be "transformative for more than 40 million people who are going to have their debt reduced."

Over 22 million borrowers have applied for relief. Borrowers are still applying en mass, though the Department of Education will not complete debt cancellation until appeals judges rule if the policy can be challenged in court. Thus far, every legal challenge has been rejected.

Other parts of the plan include extending the student loan repayment pause through the end of the year, with payments resuming in January 2023, and proposing a rule to create a new income-driven repayment plan that would reduce future monthly payments for lower- and middle-income borrowers.

Eaton's research, which focuses on the relationships between financialization and growing inequalities in higher education, has been covered by several news media organizations, including the New York Times, the Washington Post and CNBC. His book "Bankers in the Ivory Tower" looks at how finance has played a central role in the widening inequality in American higher education and American society at large.

During the taping, members of the studio audience were asked if they favored the federal student loan forgiveness plan. About half of them raised their hands. However, when the audience was asked if, as taxpayers, any of them believed they would ultimately end up paying for the plan, most did not raise their hands.

"There will be a small increase to the deficit, but we should put it in perspective," Eaton said. "It's about $6 billion annually in student loan payments that won't be collected. We have a $30 trillion economy. People are not going to feel a $6 billion increase in the deficit. And if we decide we need to pay that deficit in the future, then that's a choice we make about how we're going to pay that with taxes."

Regarding the talk show, Eaton said his time spent offering his expertise was well worth it because it was a product of listening to civic and racial justice organizations, coupled with research.

"It's challenging to balance sharing our research with broad audiences as public intellectuals and continuing to carry out our research and our teaching," he said. "But I do think it's valuable and important to share our research with these audiences and also hear from people beyond the traditional boundaries of the university so that it can make us a more inclusive and connected academic community."

This is me telling @DrPhil today how cancelling student debt will right wrongs and let people do things that weren’t previously possible. pic.twitter.com/elXlQa6Fmx

The road to this point has not been easy. It was made possible when borrowers struggling with student debt united to talk about how they couldn't pay off what they owed. Still, obstacles remain after Missouri, Arkansas, Kansas, Nebraska, South Carolina and Iowa filed lawsuits over the federal program, prompting the Biden administration to revise some eligibility.

"It's disappointing to see the lawsuits and a bit revealing," Eaton said. "Some of the lawsuits essentially involve states saying that the profits of public-private state agencies will be adversely impacted. We shouldn't be making decisions on student debt cancellation based on the partnerships between Wall Street and some conservative state governments."

After U.S. District Judge Henry Autrey in St. Louis dismissed the case, stating that the six states failed to establish standing, the Eighth Circuit Court of Appeals issued a temporary stay while it considered the motion from the states to block the program, according to the Associated Press.

Even with the unknowns that remain, Eaton said the Department of Education continues to work to ensure student debt forgiveness is delivered as quickly and as broadly as possible under the current terms.

"I am cautiously hopeful at least a large portion of the cancellation will be carried out despite the legal challenges," he said.

At the end of the day, he said canceling student debt is about "fairness."

"Only 1 in 8 Americans took out a student loan when they went to college in the 1970s. Most people who go to college take out a loan today," Eaton said. "So, this is about providing the same opportunities to today's generation as we provided to prior ones. Student loan debt cancellation will be good for having a more equitable and inclusive society for everyone."

The application for student loan debt relief is available online. Borrowers have until Dec. 31, 2023, to apply.